As part of its $5 million spend, America First Policies depicts Judge Barrett in her own words in “Independent.” Throughout her confirmation hearing last week, Barrett proved she is eminently qualified to serve on the nation’s highest Court.

While fielding partisan attacks from Committee members, Barrett remained poised and displayed her vast knowledge of the Constitution.

Barrett is a true originalist and has made it clear that she will follow the rule of law wherever it may lead her. She is an excellent nominee and should be confirmed by the Senate without delay. 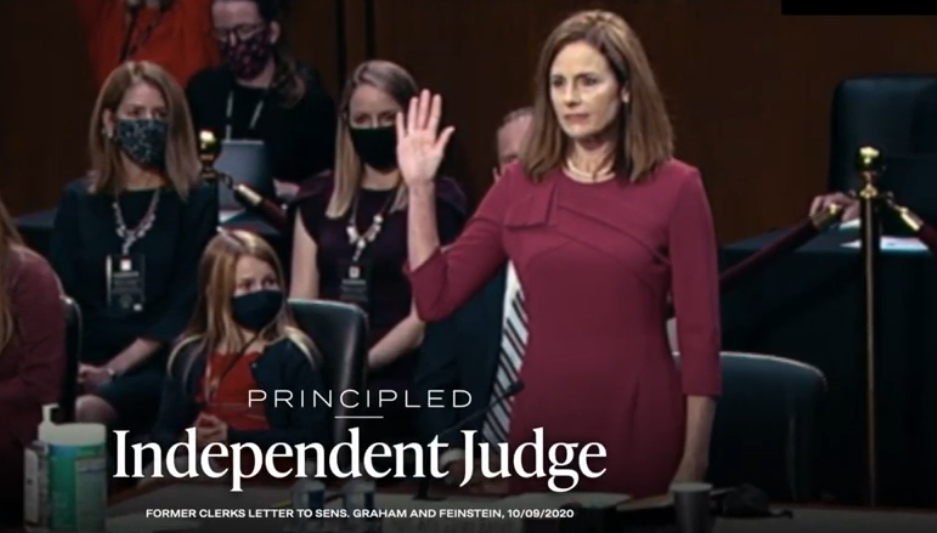 BARRETT: I was nine years old when Sandra Day O’Connor became the first woman to sit in this seat.

BARRETT: I believe Americans of all backgrounds deserve an independent Supreme Court that interprets our Constitution and laws as they are written. I pledge to faithfully and impartially discharge my duties to the American people as an Associate Justice of the Supreme Court.

Sign up for our newsletter and stay up-to-date with the latest America First news and information.

Thank you for signing up.